Like any great story, the struggles coming from the year of 2020, and unfortunately beyond, are both historically unique and entirely quotidian. The irony of this moment is that although heightened by a pandemic, the crises that have emerged all at once, are only exaggerated versions of everyday realities. Thus, as I work through the thoughts and contradictions I currently face, both while stuck in the stagnancy of home and the chaotic global world, this time capsule of sorts will continue to grow.
Agency is a double edged sword. To have no control reminds that you are insignificant and unimportant. Constantly waiting for the day that something comes along and saves you from your current existence. But, action and control is not that simple either. When faced with an important decision, the limitation of choice can be a comforting one. Thus, inaction becomes comforting. Giving up feels comforting.

Thus, there is an inherent tension and irony in choice. During quarantine at times I feel the urge to do anything, something different to break me out of this monotonous plateau, yet, when faced with option, an opportunity to take chances, I tend to get overwhelmed and use inaction to make a decision for me. Both sides dream of the other, but can never have it both ways.

I'll Vacuum It Tomorrow is my attempt at capturing this dilemma. The title suggests choice, but with that power deciding to do nothing. On the other hand, the sculpture seems both bored and overwhelmed, but would not survive if someone took the initiative to clean. It's existence relies on this tension between inaction and limitation, and so do I. 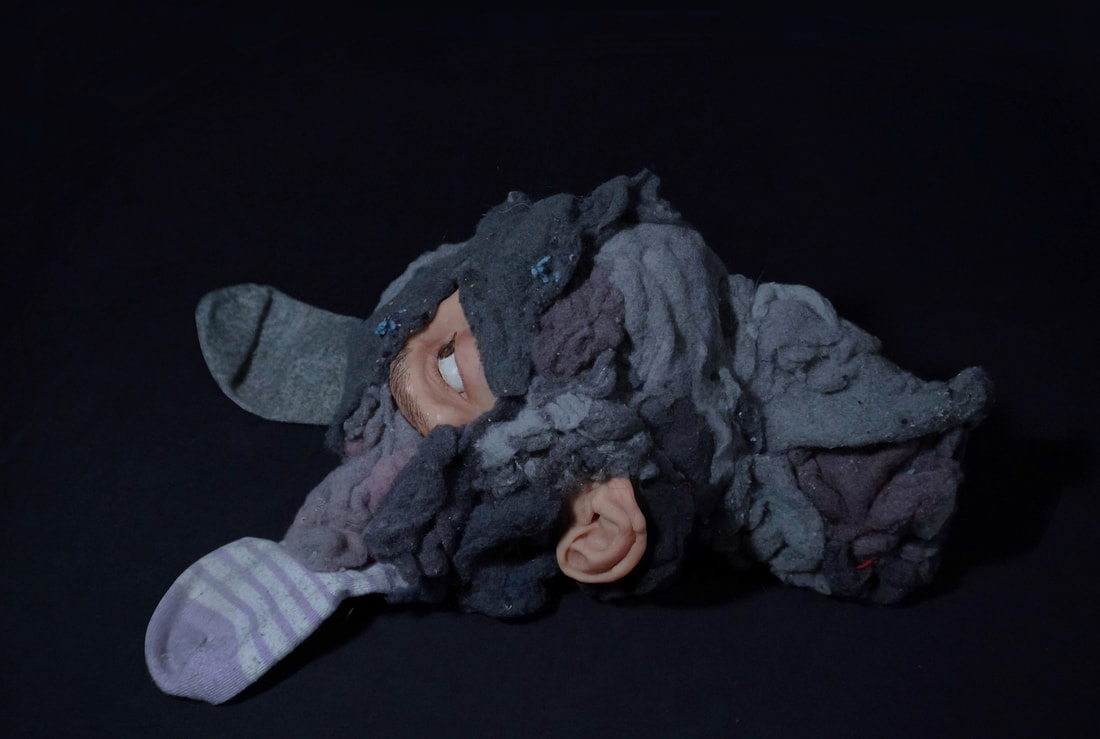 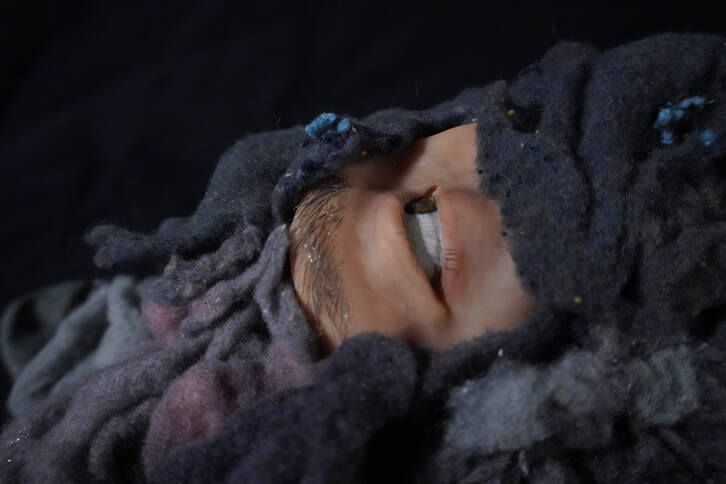 The shadow puppet of a flying bird has become a metaphor for me during this last year. The simple gesture of flapping your fingers brings a sense of lightness and movement. Yet, the interlaced thumbs and wrists provide a contrasting sense of tension, reminding you that as free as you feel, your "limitless" shadow is restricted by the limitations of your own body.

During this period I have relished my time alone at night. In a dark quiet room, from the hours of 11pm to 2am, I have found myself going through waves of unmatched confidence and inspiration for the future to doubt and despair. This moment captures a seemingly contradiction of feelings, yet either way the projection seems boundless. Thus the title, Night Visions, references the almost prophetic nature felt when the sun goes down, constantly changing directions, but whose perception feels clear nonetheless. 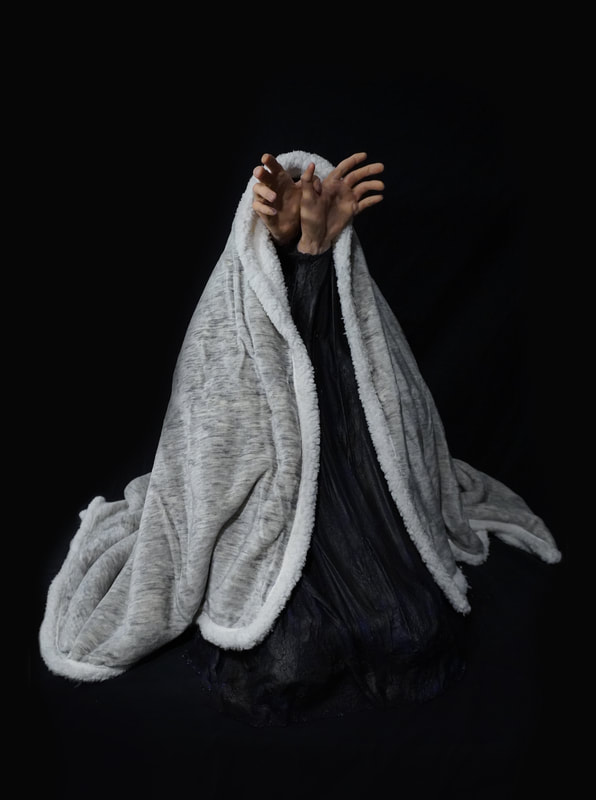 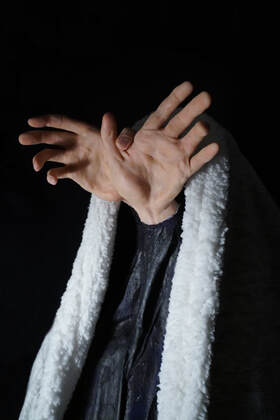 Coming back home has made me question this idea of support and individualism. In my blended view shaped by Western and Eastern cultures, I hold conflicting views on the relationship between the self and community. I was taught to love and prioritize those who raised me, but I was also taught that at a certain age you have to escape and go on your own. But, now when growth feels stagnant at home, we see the home as against the dreams of potential. Then again, How does this belief line hold up to the mindsets of a pandemic, where there is a deep focus on the effects of a single person's actions on the health of their community?

Inspired the the Terra Cotta Warriors, an army of ancient statues created to guard a single emperor in the afterlife, Excavated explores the duality of our views on stability and protection. We are both built and limited by our support, an irony that feels extra meaningful during these past few months as we dream our potential lives contrasted with the drama of being at home facing existential struggles. 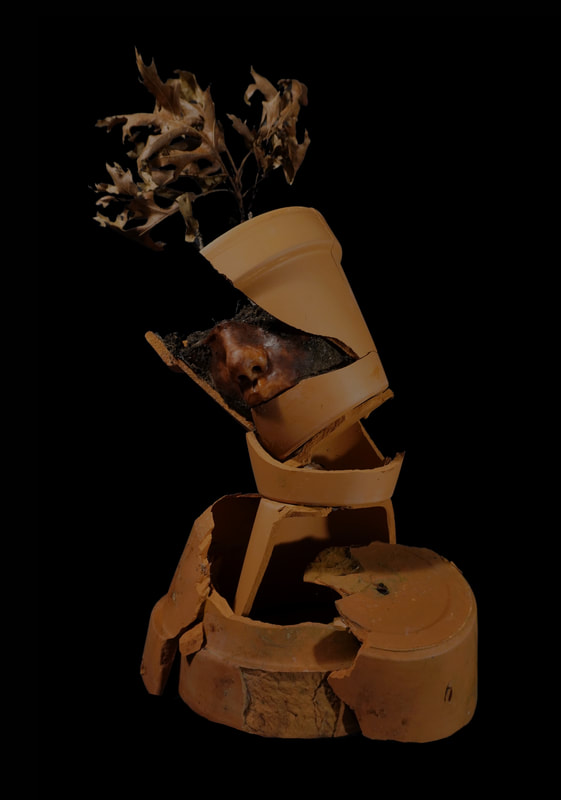 Excavated (2020)
Quarantine in 2020 has created a microcosm in which the world feels as though there is excessive chaos and change yet, in contrast our daily lives feel uniquely at a pause. While feelings of hopelessness loom over, this time of reflection also provides clarity to imagine who we want to be and how to get there. Thus, simultaneously, feelings of immobilization and helplessness are contrasted by moments of self-confidence and empowerment.

As The Dust Settles, riffs off of the old adage “after the dust settles”, questioning if clarity comes after a moment, a movement has passed, or is there something special about being in the eye of the storm. Taking inspiration from the material qualities of lint, fragile dust particles that have for a moment stopped and clustered, capture the still yet erratic energy of this moment in history. 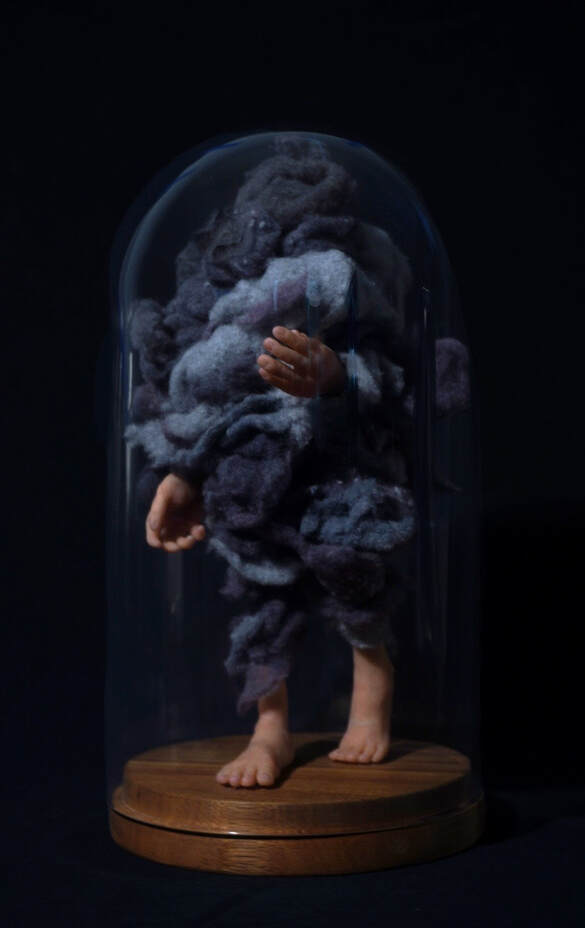